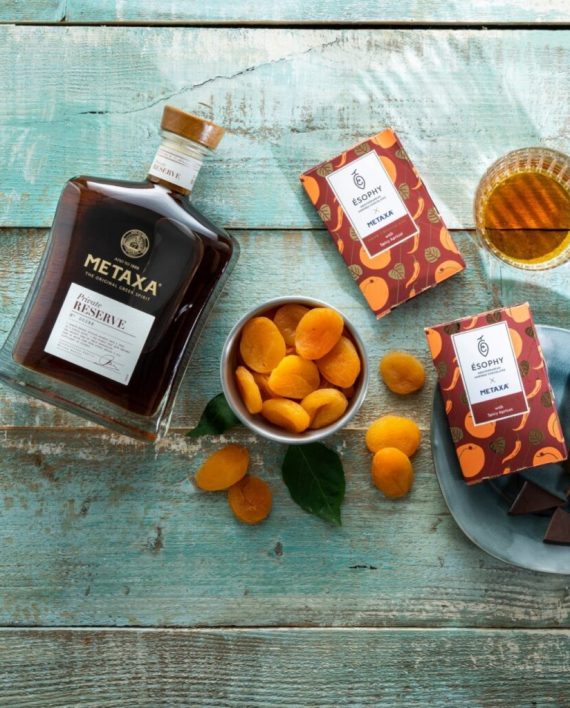 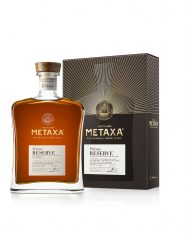 The very first own creation by Constantinos Raptis in 1992. Created once a year, in a single batch, with blends that have reached their peak of expression. If you place your order by the end of December 2020, you will receive two artisan Esophy chocolates, especially made for Metaxa: Dark chocolate with spicy apricot & dark chocolate with winter spices.

Taste: Voluptuous and intense. Black raisins, caramel and a mix of peppers.

The story of METAXA

Born in 1848 in Greece, Spyros Metaxa is a descendant of a family of silk merchants. An adventurer and man of taste, he decides to establish his own business in fine goods. Always travelling, Spyros Metaxa discovers different spirits and wines from around the world. Spirits of his time tend to be harsh on the palate, without much aroma or character. Spyros Metaxa dreams about crafting a unique spirit that is smooth yet intense. It would be a spirit that was a real journey through the senses. In 1888 he creates METAXA, the Original Greek Spirit. Spyros Metaxa builts his first distillery in 1888 in Piraeus, the port of Athens. His unique one-of-a-kind amber spirit is soon being exported around the Mediterranean. The story says that when Spyros Metaxa was building his distillery in Piraeus, he found an ancient medallion depicting the “Salamina Warrior”. The Battle of Salamina took place in 480 BC in the waters near Piraeus.

…and today…Although it was first compared to a Cognac, and later to a Brandy, METAXA is impossible to classify.

Today it is recognized for what it is, a unique amber spirit.

PAIRING WITH DARK CHOCOLATE WITH SPICY APRICOT: A spicy dark chocolate made with 73% dark chocolate and apricot extract. This is a chocolate for those who like the combination of fruits with a bit of heat. This intense recipe is a bold pair to the peppery notes of METAXA Private Reserve, as the flavours of apricot combine well with the notes of dried fruits and honey of the spirit. The chocolates’ combination of aromas emphasizes the contrast between the spicy aromas fo intense pepper and the sweet and mild notes of honey and dried fruit, revealed in METAXA Private Reserve.

PAIRING WITH DARK CHOCOLATE WITH WINTER SPICES: This is a dark chocolate that will hit you with an intense spicy flavour from the moment it starts to melt. An exciting combination of different warm spices, where the flavours and aromas are constantly evolving. When paired with METAXA Private Reserve, the flavours do not overpower each other. The overall impression creates a new flavour, highlighting the spicy notes of the spirit and softening the bitterness of the chocolate.