Have you booked for our Harvest Dinner this September? Don’t forget to support #CookForUkraine 💙💛

Free UK delivery for online orders above £75!
View Cart “Greek Tradition Hamper” has been added to your cart.
Add an extra £19.00 or more of goods to qualify for free shipping in the UK! 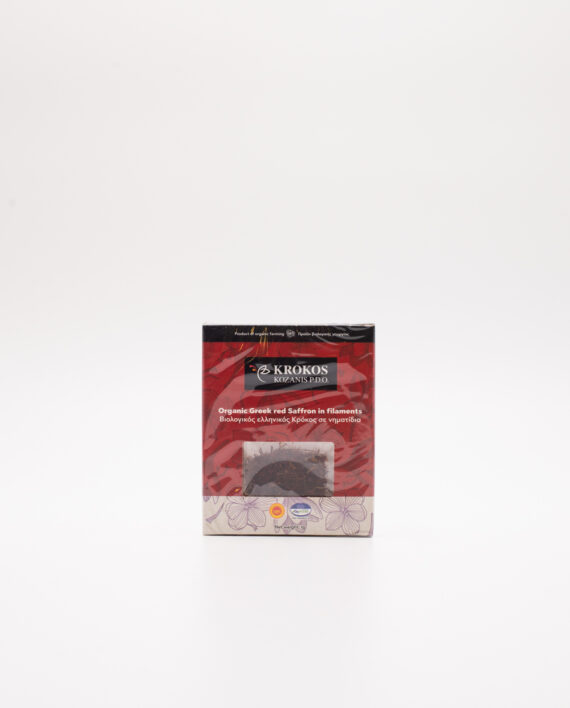 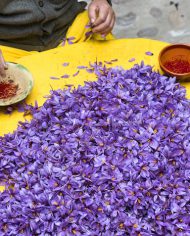 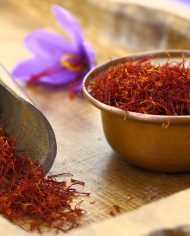 This precious spice has significant antioxidant properties, contributing to good health and well-being. Saffron has a unique floral flavour and aroma, while it gives an exquisite amber colour to many dishes, desserts and beverages.

Recent research has proven that the saffron stigmas have strong antioxidant properties that can neutralize free radicals, while they can also improve brain function and especially the memory. Other studies suggest that it may help with problems such as cholesterol, depression, Alzheimer’s, diabetes type II, blood pressure, eye health, cell formation and repair, cardiovascular health, and weight loss. It is also reported that saffron has anti-cancer and neuro-protective properties.

Saffron cultivation dates back more than 3,000 years. The name saffron is derived from the Greek word krokos and was first cultivated during the Middle Minoan era. This view is reinforced by a painting of that era (1600 B.C.) named “Krokosyllektis (saffron picker)” that was found in the palaces of Knossos, Crete, showing a young girl or boy, to some a monkey, picking saffron flowers and putting them in a hamper.

The Kozani Cooperative was founded in 1971, consisting of  approximately 1,000 member families which have the exclusive rights to cultivate, harvest, process and distribute Krocus Kozanis saffron.

Every autumn, for a period of 3 weeks, villages around Kozani are coloured purple by the saffron crocus flower petals. The harvesting process is extremely labour intensive and has remained unchanged for thousands of years, with every flower carefully handpicked and placed in wicker baskets ready for processing. Just one kilogram of dried saffron requires 150,000 flowers, the equivalent area of an entire football pitch, requiring at least 40 hours of hard labour to harvest.

The flowers are then sorted by hand on a spinning circular stone, where the highly valuable red saffron stigmas are separated from the stamens and petals. The stigmas are then dried through a traditional method, which requires considerable skill in order for the saffron to dry properly and preserve all of its valuable properties. This process, a trade secret, passed down from generation to generation is what gives Krocus Kozanis saffron its distinctive colour, aroma and taste. Thanks to the particular drying process and preservation of the essential oils, the shelf life of Krocus Kozanis saffron is five years. In comparison, the saffron purchased in the supermarkets often lacks provenance and has a typical shelf life of up to only two years. The final stage of the process, which takes place during the winter months involves the patient sorting and grading of the stigmas ready for packaging.

Greek saffron is internationally considered to be amongst the best in the world and samples of each harvest are sent to a laboratory at the University of Athens for independent testing against the international ISO 3632 standard.

The Krocus Kozanis Cooperative operates under externally audited inspection and its quality processes are accredited to the ISO 9001:2000 Quality Management Standard.